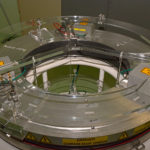 The LNHB is interested in establishing dosimetric references for different types of brachytherapy sources (used in different dose rate ranges as shown in the table below): 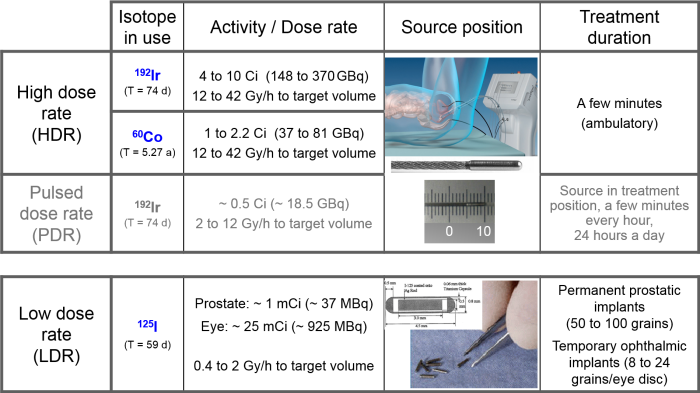 High dose rate brachytherapy sources are too active to be manipulated manually. They are therefore automatically guided to the different treatment points by means of a projector (as shown in the picture above). Since 2001, the LNHB had been using a 192Ir source projector. A new projector was installed at the beginning of 2017, allowing alternatively to project 192Ir and 60Co sources. A reference air kerma flow rate reference will again be established for 192Ir sources. This will be followed by the implementation of a new reference air kerma flow reference for 60Co sources.

The transfer to the users of these references, under Cofrac accreditation, will be carried out via the calibration of medical dosimeters (ionisation chamber with wells + electrometer) using sources of 192Ir (from 2017) and 60Co (from 2019) previously calibrated.

An innovative instrument has been designed at the LNHB since 2005 to establish primary references for air kerma flow and water absorbed dose for low dose rate 125I sources. It is a toroidal shaped air chamber with an air wall. Because of the geometry of iodine grains and their imperfect reproducibility, the grains present anisotropy of emission in both transverse and longitudinal planes. The use of a toroidal shaped chamber not only means that the contribution of all the radiation emitted in the transverse plane of a grain (placed in the centre of the chamber) can be averaged over 2π sr, but also the detection volume can be enlarged to increase the ionization current delivered by the chamber. These references are being validated.