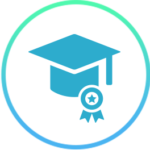 Would you like to join our teams for an internship or a post-doc?

You will find hereafter our current proposals.

You can always send us your unsolicited applications via the contact form below.

To apply or for more information, do not hesitate to contact us!